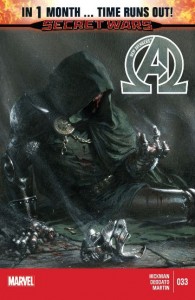 Using Star Wars as a guideline,  we’re exploring comic books based on licensed properties that Marve

Godzilla, now man-sized, sneaks through the city . . . until he comes to a face-off with Dum Dum Dug

Shogun Warriors, a Doug Moench and Herb Trimpe work based on the Mattel toyline that merged a number

Godzilla is shrunk down to the size of a house cat but he's still the king of the monsters! Kin

Bill Mantlo's classic run begins here! A toy line with no story is transformed into an inner-sp

Trapped in a strange land, John Carter and Dejah Thoris find their bonds of love tested and perhaps

"Just when you thought it was safe to go back in the water..." they go and make a sequel!

Using Star Wars as a guideline,  we’re exploring comic books based on licensed properties that Marve

The empire strikes! But it's not striking BACK...not yet, anyway. (And do they really strike in

To celebrate 100 episodes of both the Marvel’s Cosmic Comics sub-feed AND the main feed, we cover Jo

With news of Carrie Fisher’s passing, plans changed and Ben take a look back at the comic book mini-