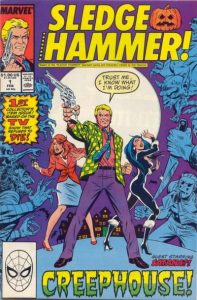 This was not fun.

So much dialogue, every line a pun.

It was like the evil twin of Wolff and Byrd, Counselors of the Macabre.

Happy birthday to me.