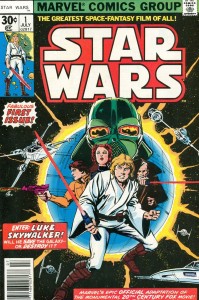 Our exploration of Marvel’s Star Wars finally begins! Taking the time machine to cover date July, 1977, we are given the beginning of a new era in science fantasy with Star Wars’ first issue, and another sci-fi title gets cancelled with Logan’s Run’s cancelation.

In between those two extremes, Jack Kirby gives us another type of extreme, introducing a superhero robot to his exploration of Kubrick’s 2001 and John Carter’s adventures on Mars continue. But which of these two books feels like fan fiction and which feels like it actually belongs in the “expanded universe” of the license? 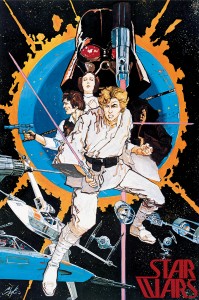 Roy Thomas’ article about the beginning of Star Wars comics appears in this issues of Alter Ego: Alter Ego #68